All dogs within the city limits must be licensed. Licenses can be obtained from the city's Police Department located at 26279 Michigan Avenue. Licenses must be renewed annually. Licenses must be presented to law enforcement personnel upon request: 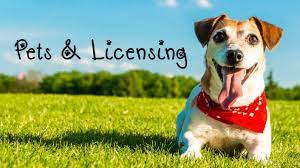